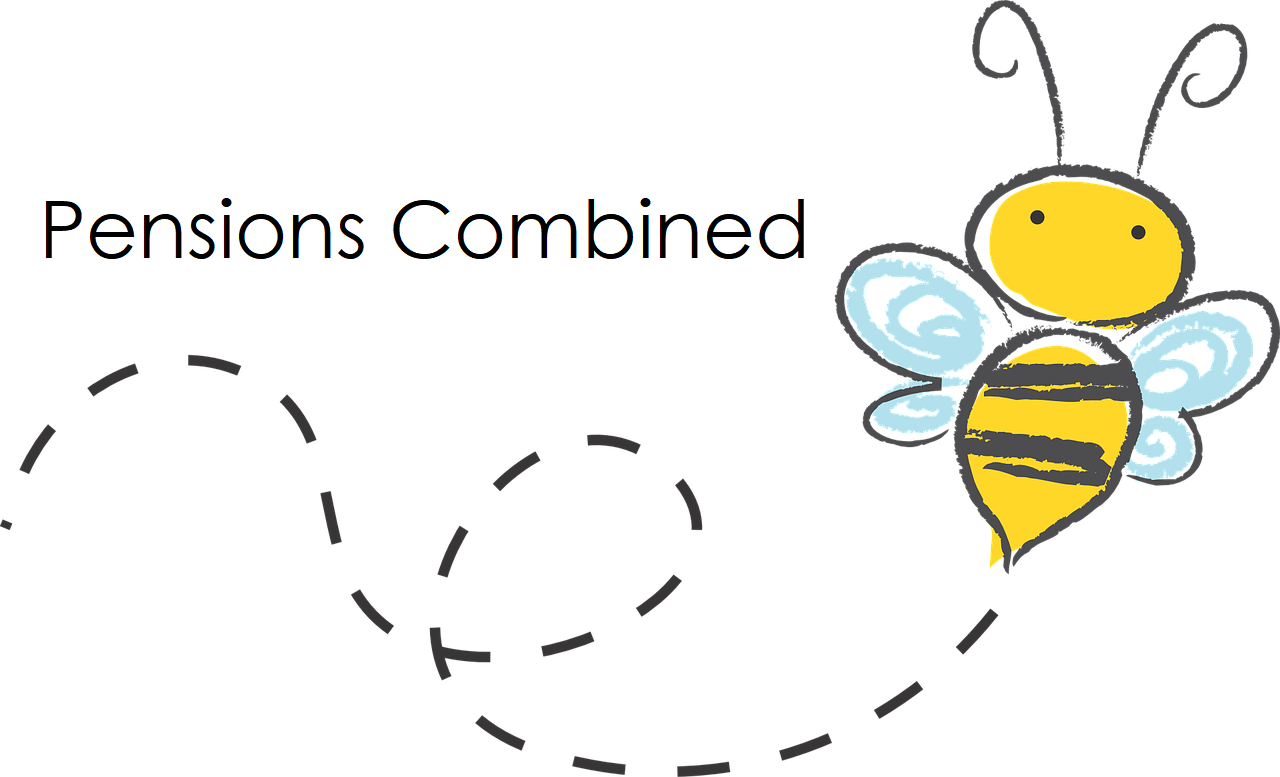 Disclaimer: This is not intended to be advice, it is my opinion based on my personal experience.  It is biased, in that I am hoping if you sign up, that you use my referral code (to add £50 to both our pensions) and in that I only write about products I like.

After 10 years in London, I already had 4 pensions. I wanted to consolidate and simplify things. In the past, I had spoken with a Financial Planner, he said it would cost £700 (minimum) per pension, he looked a bit sheepish, but explained that there were so many forms and that he would spend hours on the phone. That would have been about 25% of the value of each pension (at the time), I had no reasonable option, that was until Pension Bee came along.

The Concept – The Pull

Back in the day it was simple, work for a company for 30 years, then retire with a company pension. These days people are changing companies every 2-3 years. It is quite conceivable that by the time this generation gets to retirement, they could easily have 10 different pensions. I also think many people have lost track of a few pensions through apathy or simply because they were worth so little (careful discarding these, as they can grow with the compound effect).

Pension Bee saw the opportunity. They have set up something simple enough to help overcome the Finance Anxiety faced by many, resulting in Glossy Eye Syndrome (GES).

The Alternative – The Push

Last year, when one of my pension handlers decided to take my access offline (while they migrated systems) for almost a year, with no clarity over when I would get access, I got frustrated.

Eventually when I did get access again and I found I was in a completely inappropriate fund (90% bonds, more suitable for someone in their 60s), they claimed that only I could have requested the transfer into that fund and gave me an internal email trail as evidence. I got angry, they were worse than useless, they were harmful. This was the push I needed.

My Experience – With Pension Bee

Transferring to Pension Bee was easy, not relatively easy, just easy. They were brilliant.

At the time they had 3 options, simple. I see now they have 6, including a Shariah one. I hope they don’t extend this further, simplicity is what makes them an attractive prospect.

Reviewing their fund options, I chose the Future World Fund in-line with wanting to make an ethical impact with my investments. As I still feel there is generally a premium on ethical investments, I decided to put my largest pension with Scalable Capital and then my two smaller (about £8k and £11k) pensions into Pension Bee, a fourth one is from my current employer and cannot be moved at this stage.

I signed up to Pension Bee on 1st May, I put in some simple details like the policy number, contacts etc. They reached out to my providers that day. Within 1 week, the first pension was in the process of being transferred and less than a week later the funds were in my Pension Bee account.

The second pension took almost 3 weeks longer (still within a month) and surprise surprise that was the useless one mentioned above.

This free service would have cost at least £1,400 a few years back.

“Invests your money into companies that pledge to move to an environmentally-friendly economy. Managed by Legal & General.”

Key here is the future tense verb “move”. While the options available are growing, strong ethical investments are still not sufficiently diverse for what I think any responsible pension provider would be prepared to do.

As more capital is allocated to less bad, this will cause a shift in behaviour and companies will have to be less and less bad, until perhaps one day they are good. It’s not perfect, but it’s better.

It is interesting that Pension Bee gives this a risk/reward profile of 9 out of 10, which is their highest. While Legal and General have it a relatively low 3 out 7. This could partially be explained by a pension (because of our later dependence) should be more risk averse than a fund that we are investing a smaller portion in the short term.

It also just shows risk is subjective, for example take investing £5,000 in Bitcoin or Amazon, clearly the Bitcoin option is very risky for me, but not for Jeff Bezos. Investing in Amazon for Jeff is riskier (as most of his wealth is derived from there), for me, it could be a great option.

The management fee is 0.95%. I consider this as acceptable. Typically I’d be looking for 0.1%-0.5% for a passive index fund (watch out for hidden performance fees and other charges), but I accept the higher charge as further investigation and judgment is needed in evaluating and identifying less bad companies.

Looking closer at the fund, it is almost 95% dominated by large companies. The fund sheet as is required shows the sector % and top 10 holdings.

Seeing 3 Oil companies in the top 10 holdings came as a surprise, but I think this is a bit of a red herring, because the entire sector only makes up 7.1% of the portfolio. It is also not surprising to see Apple and Alphabet as two of the largest companies globally (Google – I wonder if it’s coincidence that Google renamed its parent to Alphabet, so alphabetically earlier than Amazon and Apple), as this helps the fund keep more in line with the index.

“FUND CHARACTERISTICS
The fund invests systematically in a globally diversified portfolio of quoted company shares; the index is designed to favour investment in companies which exhibit characteristics that have historically led to higher returns or lower risk than the market as a whole, and companies which are less carbon intensive or earn green revenues; the manager will have the discretion to reduce investment in certain companies which do not, in the manager’s view, demonstrate adequate strategies and governance standards to transition to a low carbon economy.” – Note that italics and bold emphasis has been added.

I find this interesting, it is definitely not as good an option, from purely an Ethical Impact perspective, as a Better Globe or Trine, for me though, I feel being diversified is key when it comes to a pension, it is irresponsible not to be. We can strive for better, but investing is not charity, a financial return is important. Perhaps to aid one’s conscience, rather let it grow (compound) and then leave 10% of your estate to a charitable cause.

The world of Ethical Impact Investing is growing, but it is still in it’s first innings. Pension Bee, in my experience is a great option and I found the service exceptional. The Future World Fund falls into the less bad category and at least allows a voice to be heard. Large corporates have the Capital, as well as R&D and network capabilities to shift the world’s energy supply, working with them will allow a much “cleaner” result than working against them.

Know of something I could review?